Best Netflix Hindi Dubbed Web Series List, Netflix offers online streaming of a library of films and Series programs and a variety of “Netflix Original” content to its users. It has over 182 million paid subscriptions worldwide, as of January 2021. This popularity is uplifting the scenario of the entertainment industry, opening new doors and opportunities for many. The subscription price of Netflix in India is Rs.199 per month and goes up to Rs.799 per month after a free month of trial. With the increasing Indian audience, Netflix has dubbed many web and television series in Hindi, which is the most spoken language in India.

Here we have listed the Best Netflix Hindi Dubbed Web Series & TV Shows List you can watch in your free time. 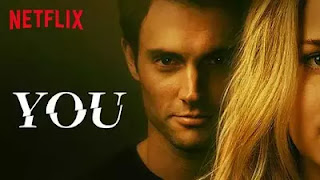 You series is originally based on the novels by Caroline Kepnes developed by Greg Berlanti and Sera Gamble, You is an American psychological thriller television series.

This Series follows Joe Goldberg, a New York bookstore manager and serial killer who falls in love with a customer named Guinevere Beck and quickly develops an extreme, toxic, and delusional obsession. 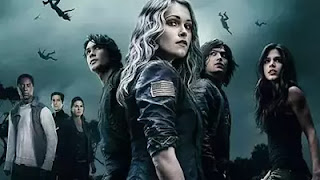 The 100 series is originally inspired by the young adult novels by Kass Morgan developed by Jason Rothenberg, The 100 is an American post-apocalyptic Sci-Fi Dystopian drama television series.

The setting is 97 years where a nuclear apocalypse has devastated the surface of Earth. The only survivors were from12 national space stations (400 inhabitants) that were in orbit at the time. All space stations formed a single massive station named “The Ark”. Due to overpopulation, 100 juvenile detainees were sent to Earth to determine whether it is habitable. And then it all goes with harsh surface conditions, battle hostile Grounders, and establishing communication with the Ark. 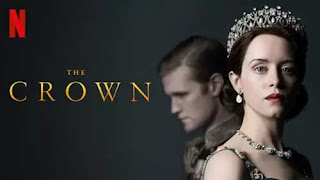 Created and principally written by Peter Morgan, the Crown is a historical drama television series about the reign of Queen Elizabeth II.

This historical drama series is based on the reign of Queen Elizabeth II or Claire Foy. The series begins with an inside look at the early reign of the queen, who ascended the throne at age 25 after the death of her father, King George VI, and continues shedding light on her personal struggles, romances, and political rivalries. 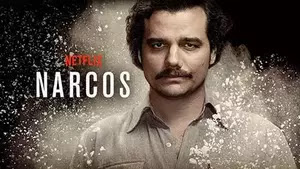 Narcos is based on the story of drug kingpin Pablo Escobar. The series depicts how Escobar first became involved within the cocaine trade in Colombia then became a billionaire through the assembly and distribution of cocaine. 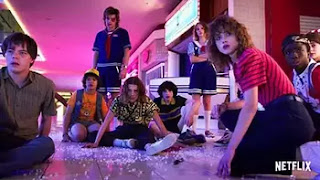 Stranger Things is about during the first 1980s within the fictional rural town of Hawkins, Indiana where the nearby Hawkins National Laboratory secretly does experiments into the paranormal and supernatural, including people who involve human test subjects. Inadvertently, they need to create a portal to an alternate dimension, “the Upside Down” which starts to affect the unknowing residents of Hawkins in calamitous ways.

Read also:- 10 Characters Teased In The MCU That Haven’t Appeared Yet 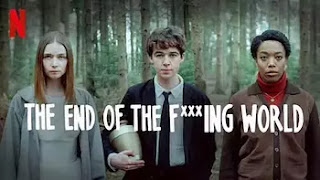 The End of the F***ing World based on a graphic novel of the same name by Charles Forsman is a British dark comedy-drama television program.

The series is a story of a 17year-old James who believes he is a psychopath and kills animals as a hobby. Since he grows bored with the practice, he decides he wants to try killing a human. Alyssa, also 17, is the moody and cool new girl at school and the pair makes a connection. 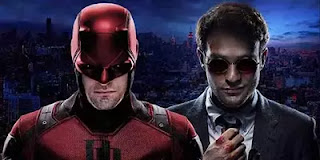 Daredevil is an American web television series created for Netflix by Drew Goddard, based on the Marvel Comics character of the same name.

Marvel’s Daredevil follows Matthew Murdock, an attorney by day, a vigilante by night. Blinded in an accident as a child, Murdock uses his heightened senses as Daredevil to fight crime on the streets of New York after the sun goes down. Impeccable storytelling and momentum have kept the show going for years.

8. A Series of Unfortunate Events

A Series of Unfortunate Events is an American black comedy-drama web television series from Netflix, developed by Mark Hudis and Barry Sonnenfeld, based on Lemony Snicket’s children’s novel series of the Unfortunate Events.

This series follows the tragic tale of three orphans – Violet, Klaus, and Sunny Baudelaire – who’ve set out to investigate their parents’ mysterious death. Their evil guardian named Count Olaf is an obstacle that the siblings have to overcome, in order to live a peaceful life.

Jessica Jones is an American web television series created for Netflix by Melissa Rosenberg, based on the Marvel Comics character Jessica Jones.

When a tragedy puts an end to her short-lived career as a superhero, Jessica settles in New York City and opens her own detective agency, called Alias Investigations, which seems to be called into cases involving people who have special abilities. Suffering from post-traumatic stress syndrome, Jessica wants to do good, but her primary interest isn’t in saving the world, it’s saving her apartment and getting through each day. 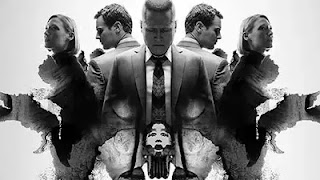 FBI agents Holden Ford and Bill Tench attempt to understand and catch serial killers by studying their damaged psyches. Along the way, the agents pioneer the development of modern serial-killer profiling.

Apart from this, there are many more Hindi dubbed web series on Netflix, about which we will tell you further and till then you must tell us in the comment which series you like the most in all these web series.