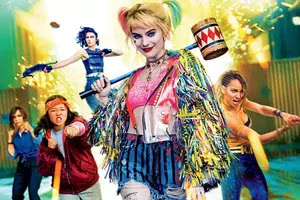 So today I am going to tell you about the top Best Hollywood movies available in Hindi on Amazon Prime Video, which you can watch and enjoy.

If you watched Pokemon cartoons in childhood, then you must also watch this movie. In this movie you will see Pikachu as a detective who has forgotten who he is, He forgets his past. And he sets out to find a man named Harry Goodman who knows about his past. And Pikachu joins Harry Goodman’s son Tim Goodman in his team to find Harry. After this, you will get to see a lot of comedy action and mystery in this film which will be very exciting. The film has a rating of 6.6/10 on IMDB. You will get to see this film in English as well as Hindi on Amazon Prime.

Birds of Prey is a 2020 American Action superhero film. If you have seen the Suicide Squad movie then you must have liked the character of Margot Robbie’s Harley Quinn in it. So if you want to see Harley Quinn in action, then you must watch Harley Quinn: Birds of Prey movie available in English as well as Hindi on Amazon Prime Video. The film has a rating of 6.1/10 on IMDB. In this film, apart from Harley Quinn, you will get to see many more female superheroes, which you all will definitely like.

I Am Legend is a 2007 American post-apocalyptic action thriller film. If you like watching zombie movies, then you should definitely watch the movie I am legend in Hindi on amazon prime video. In this film, we are shown that a doctor finds a cure for cancer, But that medicine has a wrong effect on people. After which people start doing strange movements and kill each other. But there is an army doctor named Robert Neville who tries to find a cure for all these and he fights all the zombies together with his dog. IMDB rating of this movie is 7.2/10.

Top 10 Highest-Paid actors In The World

4. Godzilla: King of the Monsters

If you like watching the fight between giant monsters, then you should not skip Godzilla: King of the Monsters movie available in English and Hindi on amazon prime video. In this film available on Amazon Prime in Hindi, you will get to see a lot of tremendous VFX. In this film, you will see more than 5 monsters, And what devastation do all these monsters bring on Earth, you have to see it on Amazon Prime. The film has a rating of 6/10 available on IMDB.

You must have seen Superman saving the world from his superpowers many times. But what if Superman used his superpowers to do bad things. This is what we get to see in the film Brightburn, available in Hindi dubbed on Amazon Prime. This film is produced by Ames Gunn. This is a horror superhero Sci-fi movie. In this film, you will get to see tremendous horror scenes and suspense thrills. In this film, you will get to see many best thrilling moments where you will be forced to think about what will happen now. The film has a rating of 6.1/10 available on IMDB.

6. Jumanji: The Next Level

Best Hollywood Movies in Hindi: Jumanji: The Next Level is a 2019 American fantasy adventure comedy film. if you like watching adventure movies  So you must watch Jumanji: The Next Leve movie available in Hindi on Amazon Prime. This film will see a lot of amazing action and comedy with a tremendous adventure. Some hilarious scenes will make you laugh a lot. Kevin Hart, Jack Black, and Dwayne Johnson will surely win your hearts. it is a must-watch for all fantasy-action-adventure movies. IMDB rating of this film is 6.7/10.

Zombieland: Double Tap is a 2019 American post-apocalyptic zombie comedy film. If you have seen a zombie movie, then you will only be shown horror scenes in it, people will be shown killing each other. But in this film, you will also see tremendous comedy and adventure with zombies. Zombieland: Double Tap film is available in Hindi on Amazon Prime. The film has a rating of 6.7/10 on IMDB.

8. Once Upon a Time in Hollywood

Once Upon a Time in Hollywood is a 2019 comedy-drama film. If you are a fan of Quentin Tarantino’s films, then you must know how different all his films are. Once Upon a Time in Hollywood movie features “multiple storylines in a modern fairy tale tribute to the final moments of Hollywood’s golden age.” Brad Pitt also received the Oscar for Best Supporting Actor for this film. It may be a drama movie but still, everyone liked it. Because the story and direction of this film are so good that you don’t get bored even once while watching this film. The film is rated 7.6/10 on IMDB. This is one of the Best Hollywood Movies available in Hindi on amazon prime.

If you are a fan of Hollywood science fiction movies, then you must have watched Gravity Movie. This is the best space science fiction movie. The story of this film is of 2 astronauts who live at the space station, but something goes wrong there, due to which they face a lot of trouble. They both want to come back on the earth but whether it will happen or not, you have to see it in the film. Gravity film won 4 Oscar Awards. The Hindi dubbing of this film has also done very well by Amazon. The film has a rating of 7.7/10 on IMDB.

If you are a fan of psychological thriller films, then you would not have seen Leonardo DiCaprio’s film Shutter Island, it could not be possible. This is one of Hollywood’s best psychological thriller film. Your mind will be completely dizzy while watching this movie. Because of what happens in this film, you only know at the end of the film. If you are a fan of psychological thriller films and you have not yet seen the Shutter Island movie available in Hindi on Amazon Prime, then go and see it, you will definitely like this film. In this film, you will see Leonardo DiCaprio, Mark Ruffalo, Ben Kingsley, and Michelle Williams in the lead role. The film has a rating of 8.2/10 on IMDB.